Managing Input and the Art of Pushback - Sarah Doody

Managing Input & The Art Of Pushback 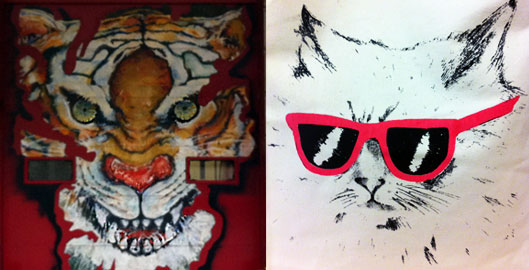 The art of pushback is a topic that I learned about through a very personal experience. As a user experience designer, one thing you become very good at is managing input. It is your job to listen to and identify problems, design solutions, and gather and evaluate input from everyone involved.

Saying “no” to someone else’s idea is never easy.

As much as we try to disassociate ideas from their source, it’s hard to actually do. Ultimately, it’s easy for people to become married to their ideas.  After all, it’s their idea. When you tell someone “no”, they often feel like you’re not just rejecting their idea, but instead, rejecting them. Understandably much, much worse!

So how do you do your job as a user experience designer while involving others, mastering the art of filtering through input, and ultimately creating a great product?

It’s all about the art of pushback.

Originally, pushback was a verb that quite literally referred to the act of a plane being pushed back from the gate. But, in the mid 1990’s pushback became a noun. According to a New York Times article Pushback, the first definition surfaced in 1994: “opposition or other resistance to something such as an initiative, plan, or strategy.” Eventually the term became more widely used as it was popularized in business journals and political articles.

I’d never heard of the term until a few years ago when I was working with an Internet veteran who included pushback as a part of their daily vocabulary.

The project I was working on had a large team of execs from whom I had to gather input on everything. It was overwhelming to say the least. Every meeting or question resulted in a steady overnight stream of paragraph long emails from people trying to share their ideas, concerns, and questions — and rightly so! Better to have volumes of feedback than radio silence!

To make matters more complex, every person had their unique lens through which they saw the problem and proposed solutions. Not only was that lens their area of expertise, but also their area of accountability and responsibility within the company (eg. sales, marketing, tech, finance). Not surprisingly, this lead to a lot of input that lacked a full context and ultimately didn’t lend itself well to a holistic solution.

A key goal I had was to gain the respect and trust of the whole executive team. So, I spent hours pouring over all the input, responding to and addressing each point. Because of the sheer volume of input, hindsight has taught me that I was constantly in reaction mode and at some point, I learned my feedback wasn’t being well received.

I hadn’t mastered the art of pushback.

So, one Sunday morning the founder called me and we had an hour long lesson on the art of pushback. It was probably the best lesson he ever taught me.

This is of course the most basic tenant of communication and storytelling – know your audience. Take time to consider the person whose input you’re pushing back on.

Is this person a superior, peer, or subordinate? What’s their personality – are they stubborn or more laissez fair? Do they see the world in color, black and white, or shades of grey?

Understand who this person is and you’ll be in a better position to understand why they provide the input they do and how you should position your feedback about their input.

For example, if they’re responsible for sales or marketing they’ll have a completely different view and perspective than the CTO. Take time to consider how their responsibilities may affect their viewpoints.Another important piece to perspective is to understand their digital literacy. Are they new to product development and being involved in the creation of a digital product? In that case they might need more coaching and education. They’ll need to understand how and why you made decisions and came to the conclusions you did. With people like this, they’ll be more receptive to ideas if they can see the path that lead to them.

Often times people are great at expressing a new solution, but not their problem with your solution.

Instead of telling you why they didn’t like a design or user flow, at some pint you’ll probably have someone just send you a PowerPoint mockup or napkin sketch with their version of the product. They can’t quite articulate what they don’t like, so they just present a new solution.

Yes, this is frustrating because it leaves you playing detective to figure out what the root problem is for them. What solution are they trying to solve with their new idea?

If you can see through their lens, you may be able to identify the true problem their solution is actually addressing. This is gold to helping understand the problems they see and using that information to create a great product.

Have I mastered the art of pushback? Honestly, I think it’s never full mastered — mainly because pushback is so dependent on the people involved.

But, here’s a good story that I’ll end with.

The biggest pushback gamble I ever made was telling the very person who taught me about pushback that I was pushing back on their idea, and that we should consider an alternative path for the product.

Another colleague and I developed a new product strategy and prototype and then ran it by a few other leaders on the project. It was a huge risk. We probably could have been fired or lost total respect of the founder among other things.

That was nearly two years ago, and I’m happy to say that the company is still in place. The pushback was well received and it caused a domino of positive outcomes. And although they’re not working on the original idea we pitched, they’re pursuing a new product path.

Pushback only works if you take the time to consider the source of input and make a concerted effort to understand the person, their perspective, and the problems they see.

The lesson that I’ll always remember is this: although uncomfortable, intimidating, and sometimes unnatural, pushback is critical to creating a great team and a great product.

READ THIS NEXT:
Is Facebook Redefining The Landscape Of Friendships