Experiments: Why You Shouldn't Focus On The Right Or Wrong - Sarah Doody

Experiments: Why You Shouldn’t Focus On The Right Or Wrong 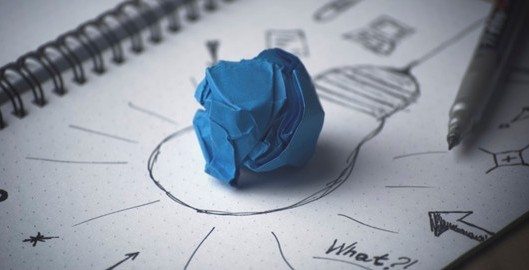 When was the last time you decided to run an experiment? If you’re like me, it was probably a long time ago.

I’m the type of person who has a ton of ideas, but I often don’t make time to act on my ideas. And they get tucked away in a notebook and left there. That is … until I stumble upon someone else on the Internet who’s done my idea! Then, I beat myself up and think, “if I’d only started 6 months ago, think of where I’d be.”

At the end of last year, I decided to start doing more experiments. So for the last four months, I’ve been testing all kinds of new ideas including online courses, different types of content for my blog and social media, different workflows with my virtual assistant, new software to help me design more effectively, and more.

I have learned a ton through this process. I definitely had experiments that did not go well. But the key to experimenting is to not stop when you don’t get the outcome you expected. Instead, just run another experiment and change the variable.

The point of experimenting is to learn. So sometimes we will get things wrong. Actually, you’ll probably be wrong more than you are right. But that’s ok.

It is much better to get it wrong and learn during your experiment, rather than implement the idea into a product and launch it, and realize no one wanted that feature!

In experiments don’t focus on the right or wrong. Look for invisible insights for your next idea.

In my recent experiments, I uncovered a brand new idea for my business that never would have dreamt up on my own. But, it wouldn’t have happened if I hadn’t taken a few risks and invested some money and time into these experiments.

Here’s my challenge to you for next week … write down all the ideas you have over the course of the week.

Then, at the end of the week decide to act on one of those ideas. And by “act” I mean figure out a way to test that idea. That might mean making a little prototyping, doing some customer interviews, trying out a new recipe, it doesn’t have to be related to design or your job!

Over the last four months, I was also testing new ideas for my running training and I actually ran my fastest half marathon ever in a time of 1:43:59 (which is an average of 7:56 / mile). And what’s even more exciting is that I had mostly negative splits, which means that each mile was getting faster!

So this week, don’t forget to write down all your ideas and I’ll check in with you next week to hear what you’re going to experiment with. Maybe we’ll even make a hashtag so that we can hold each other accountable, stay tuned!

READ THIS NEXT:
Why You Can’t Afford to Skip User Research