How Personal Metrics Can Change Our Lives

America is trapped in a consumption driven lifestyle, and the consequences of our actions are being revealed more now than ever before. Our economy has reached a state of turmoil not seen since the Great Depression. In March 2009, the collective credit card debt of Americans was just over $940 billion. Our nation’s obesity levels have reached ultimate highs with two thirds of adults and one third of children in America are obese. And, we are in the middle of a massive climate crisis. The United States per capital carbon dioxide emissions in 2005 were more than four times greater than China’s and almost fourteen times India’s.

Have we become blind to the consequences of our actions?

There is an eminent need to quantify our behavior and bring more transparency and understanding to the effects that our actions have.

The problem with a data driven society
In a recent article from Harvard Business Publishing, Andreas Weigend (former Chief Scientist at Amazon.com) noted that in 2009, more data will be generated by individuals than in the entire history of mankind through 2008. The Internet’s shift to collaboration and user generated content has rapidly turned us into a data driven society. As technology seamlessly blends with our lifestyles, we can create, access, and share information more readily than ever before. But, there is an underlying problem. Most of the information we consume is about other people. How many Twitter followers does Ashton have? Who took a new quiz on Facebook? We monitor the mundane details of the lives of others more closely than we monitor our own health or finances.

Instead of using these technologies to focus on the lives of others, what would we discover if we allowed ourselves to more closely examine our own lifestyles? And, by monitoring the reality effects of our actions, could we be motivated to change our behavior?

Personal Metrics
The marriage of lifestyle and technology has given way to a new capacity for understanding the effects of how we live our lives with more clarity than ever before.

Personal Metrics provide transparent and meaningful feedback about the effects of our actions, an in turn, equip us with the information we need to improve areas of our lifestyles by thoughtfully changing habits and behavior.

As companies enter the world of Personal Metrics and develop products and services that allow customers to look at their lifestyles in detail and create plans for change, there are four guiding principles that should be considered.

1. Make it entertaining
Fitness and staying healthy is unappealing to many people. The thought of going to a gym or running is exhausting, boring, and often discouraging. In 2006 Nike partnered with Apple to develop a product that would change the viewpoint of fitness – making it more entertaining and motivating.

Nike and Apple launched Nike+ which is a small sensor for your shoe and an attachment for the iPod Nano. While you run, the sensor transmits running data to the iPod. Then, after the run, you synch your iPod with your computer and the data is sent to the Nike+ website (free) where you can view your run history and see pace, mileage, time, and calories burned. There is also a community aspect to the website where you can set goals or participate in larger group challenges.

Veronica says that Nike+ “just made running so much more entertaining”. She notes that seeing progress was a huge motivator for her to continue with her plan –
without the history and proof of progression, she would have lost her focus. By providing tools that make people feel like exercise is more of entertainment than an expected chore, Nike is changing how people approach fitness.

2. Make it competitive
A key reason why people fall away from their goals is that they lack motivation. By making an activity competitive, whether against others or one’s self, you can raise motivation and challenge people to push themselves to a personal best.

Mint.com makes managing your personal finances a competition against yourself. It is a free website that aggregates real-time information from all the financial institutions you use, such as banks and retirement accounts, and then breaks down this information into digestible formats that show spending history and category. Users can also set up features such as budgets, reminders, warnings, and also include assets such as automobiles and real estate.

Through the recent launch of a new “Financial Fitness” feature, managing your money has turned into a game based experience. Mint.com identifies five principles for financial fitness, and then sets up various milestones – some of which are automated (such as, it will calculate if you spend less than you earn) while others require user feedback (such as, do you have life insurance?). It is no surprise that one of Mint.com’s core values is to “quantify everything”. As you achieve various milestones, you earn points which go toward your Financial Fitness – adding a competitive element where you try to improve your Financial Fitness score each month. By introducing the currency of Financial Fitness, Mint.com has successfully turned managing your money into a competition or game based experience.

3. Make it visual
In 2000, the Museum of Modern art developed a visual thinking strategies curriculum designed to help students learn to understand the meaning of art. Since then, studies have proven that individuals who take in information visually have greater ability to problem solving, deduce reasoning, and make complex observations. We are all visual thinkers. There is something about seeing information in a visual form that brings a more rapid and clear understanding.

Fitbit understands that pictures don’t lie. The personal fitness company has a goal to make American a healthier nation. The concept is simple, use visual cues to help people develop more active lifestyles by tracking calories consumed and calories expended.

Fitbit is comprised of a small device that you wear in your pocket, belt, or shirt – and a free website where you review your data. Within the device, there is an accelerometer (similar to the technology used in the Nintendo Wii) which measures your overall activity level and steps taken. While you sleep, it measures how many times you wake up and how long it took you to actually fall asleep. The device also comes with a small base station. When you are near the base station, the device sends that data to the base-station, and then it is transmitted wirelessly to your computer.

The power of the product really lies in the use of visual cues and data on the website and the device itself. Free to use, the website provides you with a overall dashboard of your health: How many steps have you taken today? Did you expend more calories than you consumed (you enter your calories consumed on the website)? Have you been sleeping well? In addition to the website, the small sensor device has a small screen that displays an avatar, such as a flower. As your activity increases or decreases, the avatar grows or shrinks, providing an important visual cue.

The entire concept really feeds our data driven society’s need to have a real-time visual view of our environment – and motivate people to change their behavior and habits.

4. Make it rewarding
Innovative companies understand that the reward system isn’t just for kids. As adults, it can be just as, if not more, effective in motivating and challenging us to change our behavior.

There’s a thing that happens when you drive a Prius – its called The Prius Effect. As drivers observe the fuel consumption screen, they learn to change their behavior to keep the fuel consumption low. Sarah Darby, an energy feedback technology researcher says that “Once you start making fuel consumption more visible, you have something that comes to the forefront of people’s minds instead of lurking in the background. The monitors show the consequences of your actions. This gives you feedback that alters action, and encourages you to try and improve things.”

In the green lifestyle industry, other companies are following Toyota’s lead and are making consumption more visible. Google is working on an initiative called the Google PowerMeter which will allow people to monitor their home energy consumption. Google is recently announced partnerships with eight major electric companies for this project.

Another initiative called Recycle Bank aims to bring awareness to recycling and encourage adoption in cities across the country. Each family’s recycle bin has an embedded RFID chip. When the bin is collected, it is weighed and RecycleBank points are assigned to each family based on the weight that they recycled that week. Reward points are redeemable at stores such as Target, RiteAid, and Sears.

Are we ready for all this?
In the mid 1990’s the Tamagotchi arrived in America. The small egg shaped device had a tiny screen and simulated the life cycle of a pet. Keeping the toy alive was dependent on the owner’s attentiveness to taking care of it by ensuring it had enough food, playtime, and rest. The toy was an instant success.

Today, the children of the Tamagotchi era are emerging to the world of business and have huge influence on technology adoption across all generations. They do not know what life is like without the Internet. They expect technology to be a central part of their lives. And, most importantly, they are a socially conscious generation – focused not only on the world around them, but how their actions have both real-time and long term effects on their world. For a generation who is rooted in technology and thrives on communication, information, an action – Personal Metrics provides a new method for modeling their lives through for fostering understanding, increasing engagement, and motivating thoughtful action.

Success in Personal Metrics
Companies striving to connect and develop lifestyle based services must include custom personal metrics to create meaningful and real-time relationships with their customers. Designing these metrics around experiences that are entertaining, competitive, visual, and rewarding will help engage the users and ultimately arouse action.

We are on the verge of a new era where lifestyle, technology, and community begin to overlap and help shape a new awareness for the effects that our actions have on our reality. It is time to shift the focus of technology back to the person and purpose. 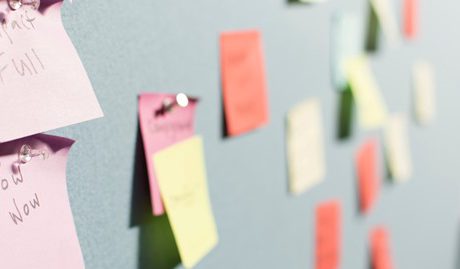 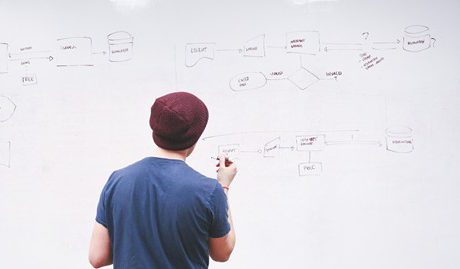 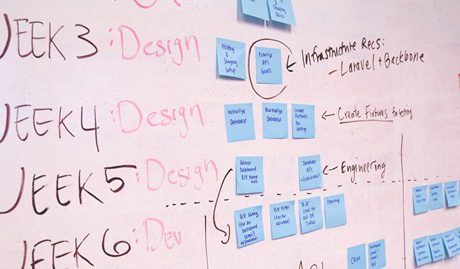