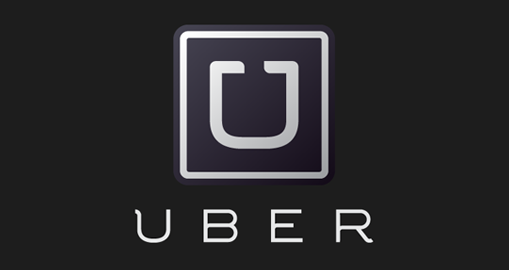 Earlier this week I was in Los Angeles for some client meetings. We had a rental car which was awesome, but a few nights we left the car at the hotel so we could use Uber and not worry about having drinks.

Overall, I was really impressed with Uber in Los Angeles. One of the things that I loved most was the pricing. Compared to NYC it is much more affordable. A friend of mine said it was because of all the competition that exists in Los Angeles from other companies, including Lyft.

In New York when I get in an Uber, I never tell the driver the exact address. Instead, I tell them the intersection, such as Broadway & 29th. But, in Los Angeles, things got a bit more complicated.

I haven’t spent a lot of time in Los Angeles, so I’m not that familiar with the street names and neighborhoods. And to be sure I didn’t get dropped off in the wrong place, I made sure to tell the driver the the exact address.

After doing did this a few times, I realized it was adding a lot of friction to my normal Uber process.

Each time I got in the car, I had to look at my phone, find the address either on a map or in a text message, and then tell the driver the address. A lot of extra work.

So, here’s a suggestion for Uber:

When I request a pickup, I wish that I could enter in my destination address. I could do this during the few minutes that I’m standing there waiting for the car.

Then, as soon as I get in the car, the driver already has my destination address entered and I don’t have to waste time verbally telling them the address and street name. While I was in Los Angeles, I shared this insight with a few people and everyone thought it made total sense. Of course, entering your destination address wouldn’t be mandatory. But, it would certainly be a useful feature, especially when I’m in a place that I’m not familiar with. Imagine being in Rome and using Uber and trying to verbally tell the driver your destination … I’m sure there would be a lot of room for things to get lost in translation.

I think this is a great example of how when you think of user experience, you have to think beyond the screen. You can’t just focus on what the user sees on the screen.

If you were to only think about what happens on the screens within the Uber app, you probably wouldn’t realize this friction point where people are verbally telling the driver the destination address.

However, today user experiences are not limited to the screen. Therefore, you have to work hard to think through the full experience, or better yet, talk to users.

I’m kind of surprised that within Uber, this feature doesn’t already exist. I’m curious to hear why it doesn’t. What do you think? Do you use Uber? Can you see how being able to enter your destination would be useful?

Please share your ideas and insights in the comments below.

READ THIS NEXT:
Four Podcasts To Make You Smarter, Happier, & More Productive