Don’t Chase The Shiny Penny; Have An End Game 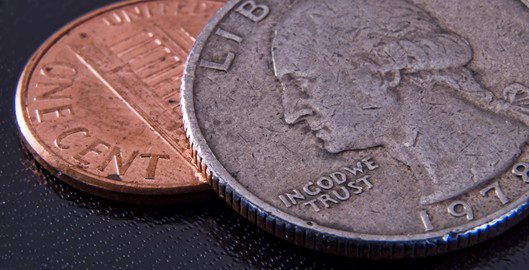 Last week I gave you a two month wake up call. What did you decide to tackle before the end of the year? What projects or tasks have you been putting off? Don’t try and do everything you hoped to do in 2016. Start small. This week, choose just one thing you could focus on for the rest of November and try to make it happen.

Don’t try and do everything you hoped to do in 2016. Start small.

One of my goals for the end of the year was to get my little UX Notebooks written, designed, and printed. As I write this, they are being printed in Portland, Oregon!! What’s next? Well, stay tuned because I’ll share that in the next few weeks.

Many UX designers struggle with the question of “I don’t know what job to pursue or take”. Maybe you’re a young designer starting out. Maybe you’ve been at a startup for a while and want to go to a more established company. Maybe you’re trying to figure out something to really specialize in. All these options can be overwhelming.

So, when people ask me for career advice, I always tell them two things. First, you have to have an end goal. What makes you excited? What do you really love doing? Figure that out. Then, when you are faced with different career options — ask yourself “which option gets me closer to that goal?”.

When you don’t have an end game in mind, it’s easy to chase the shiny penny.

But, when you don’t have an end game in mind, it’s easy to chase the shiny penny and go for the title, the money, or the cool company that everyone’s heard of.

Here’s the point … in everything you do, you have to have an end game in mind.

In everything you do, you have to have an end game in mind.

Whether you’re figuring out your career, creating a new product, or pursuing personal interests (hello NYC Marathon 2017) … having an end game will keep you anchored so that when you’re faced with opportunities and choices, you can be intentional with your choices and make smart decisions that lead you in that direction, rather than get detoured by things that will only give you temporary gain.

Google has tried to recruit me three times … obviously flattering. Though after a lot of research on my part to understand the roles, I realized it wasn’t for me. It didn’t match my end game at the time.

What’s your end game for your career? Your product? Your hobbies? Think about what you’re doing right now. Is that getting you closer to your end game? If not, then why are you doing it?

READ THIS NEXT:
Consider This Your Two-Month Wake Up Call