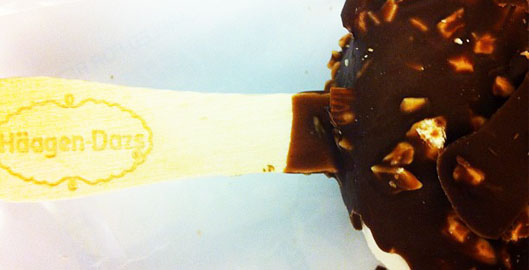 The proverbial “21 days to a forming new habits” all sounds good in theory. But let’s face it, few people actually make it through the first week of forming new habits they’re trying to adopt. Of course there are obvious factors such as time and motivation that impact our ability to succeed a new habit formation. However, recently I’ve been thinking about the role that accountability has in habit formation and personal goal setting.

For the past 5 years I’ve been really interested in what I call Personal Metrics and how we can change our habits through measured behavior. For example, through using Mint.com I altered my spending and saving habits and am quite happy with the change I’ve seen. NikeRunning has converted me from casual running to now doing four half-marathons this year, and I am constantly analyzing my running data trying to find ways to improve my endurance and pace.

A large part of my behavior changes have been due to simply being able to see and quantify the reality of my existing behavior – in other words, facing the facts! More than that though, I have a hypothesis that these tracking devices are doing more than just feeding us information – they are providing us with a new sense of accountability.

In a GQ article from August 2012, Lang Whitaker wrote:

After a while I settled into a groove with the gadget. I now check my points throughout the day and am constantly plotting how to hit my goal. Sometimes that means walking the dog an extra time, or just going outside and jogging around the block. Sometimes that means doing upper-body calisthenics on the couch while watching “Pawn Stars.” I wore the FuelBand last week while playing 18 holes of golf and racked up almost 4,500 points by lunchtime. Trying to give my squirming dog a haircut gave me a big points boost, and I get a sizable bump every night while cooking dinner, as long as I sautée left-handed.

Or another example, in a review of the FuelBand on Nike’s site, one reviewer confessed, “Last night, I walked around the block just to break my personal record.”

People who are using products and services such as these are naturally wired to respond well to goals. And when given a goal, an emotional connection is made. If you reach the goal, you feel great. However, if you miss the goal you feel defeated or sometimes even guilty. This became surprisingly clear to me in a recent program I participated in.

Based off of 18 years of research at Stanford, BJ Fogg developed a program called Tiny Habits which is designed to help you in forming new habits through changing your context and taking baby steps. According to Fogg, these are the two most important elements in habit formation success.

The program is a week long and participants are asked to identify 3 habits they want to work on, using the following criteria. First, the new habit must follow an existing habit (eg. after I get out of bed, I will _______ ). Second, the new habit shouldn’t take more than 30 seconds to perform (e.g. rinse the sink, turn off the lights, make my bed). Pretty simple right?

The habits that I did were fairly simple and it’s a shame that they weren’t actually habits before! Some of my desired new habits included making my bed, flossing my teeth, or tidying up the bathroom before I head out for the day. For some reason or another, these little tasks never have been a consistent part of my routine.

Much to my surprise, I was able to keep these habits up for the week and have continued to do so much more consistently than I used to. Of course, I believe that the success was definitely tied into the fact that the habits were simple, didn’t take much time to perform, and followed existing behavior (eg. after I get out of bed, I will make my bed). However, what really stood out to my was the accountability factor of having to report back to Fogg whether or not I had performed the activity. There were one or two days where I had to put a n in my email because I hadn’t performed one of the habits. And to be honest, I felt a bit sad and guilty! So the next day, when it was time to make my bed, I felt a little extra motivation to redeem myself from the day before.

In the case of the Tiny Habits program, there was an actual person that I was accountable to (even if the emails were simply automatic and there was no direct conversation with Fogg). However, I believe that we can feel the same accountability even when another person is not involved – when that accountability exists towards a device as seen through the previous examples about the Nike Fuel band.

I think that accountability also exists in a passive form through observing the actions of others. Years ago when myself and some colleagues all started using Foursquare, we found that by observing each other’s check-ins we were motivated to perform certain behaviors and stick to commitments. For example, I think it was sometime in January and we all had commitments to work out more. One morning a colleague came in and said “I saw Sarah’s check-in at the gym last night and I felt guilty for not going after work, so I worked out this morning.”

I should note that I haven’t studied psychology or behavior, but I am really curious to read, research, and think more about the role that accountability can have it habit formation and goal setting. How can we design products that integrate accountability whether with another human, with a device, or by observing the actions of others?

READ THIS NEXT:
Products I Wish Existed: Calendars & To-Do’s In One Happy Place