* This is part of a new weekly series I’m doing on Getting Started In User Experience.

My entry into working in startups was quick, unplanned, and very naive to say the least! I was looking for an exit from my corporate job and though working for myself was an option, I didn’t believe it was possible and so I never made it happen (more on that later).

So naturally, when a friend approached me and said he was starting a company in NYC and wanted me to join him, I said yes. I literally quit my job, sold my car, packed up my condo in Portland, and got on a red-eye to New York City all within two weeks.

I’d only ever visited New York City for about 24 hours. I knew very little about the city and it was never, ever on my radar of places to visit, let alone live. But, I was young, adventurous, and had nothing to lost, so I fearlessly showed up and go to work.

My role was Director Of Product Development. Basically, that meant that I had to extract the vision in the heads of the founders and turn it into a tangible product. That involved a ton of research, hours of educating the founders on the possibilities and opportunities of a digital product, and countless nights of working through user-flows, architecting content, and designing. Not to mention finding the company’s first office on Craigslist, hosting (and cooking) investor dinners, developing our brand, walking the office dog, hiring, firing, giving investor presentations, being rescued by the FDNY from an elevator (nearly twice in one day), among other things …

The company (dorthy.com) doesn’t exist anymore, but it was one of what became a small group of of companies that were focused on the overlap of search and social (companies such as 43things, Kosmix, YourVersion, LazyFeed, and Intent to name a few). In hindsight, I think it was a good idea, just bad timing.

Instead of focusing on the product, people, and process, here are 25 lessons I’ve learned (so far) from working at that company and other startups for the past 6 years in NYC. I wish someone had given me these startups lessons before I ever made the leap! As cliche as it sounds though, some lessons you can only learn through experiencing them yourself.

1. Research and stalk the founders and team. Before you ever interview, research them like it’s your job.

2. Don’t succumb to tunnel vision. Don’t become so focused on your one company that you lose pulse of everything else. Find that balance.

3. Listen to that voice inside of you. Intuition exists for a reason.

4. Become an expert in your industry, competitors, and product.

5. If an email chain gets beyond 5 messages, pick up the phone. Or better yet, walk to a desk.

6. A decision made without context is death. Always strive to seek out and create context.

7. Establish (and stick to) a limit for the number of drinks you have with co-workers. An former boss told me, “when the alcohol goes in, the truth comes out.

8. Get a mentor or a good therapist. You need an outlet that’s not inside your company. Also, having a lawyer never hurts either.

9. If you’re planning the launch party before you launch the product, you’re doing it wrong.

10. Figure out how to separate your head from your heart in a healthy way.

12. If you think you’ve uncovered a red flag, raise it gracefully. Chances are, you’re not the only one.

13. You job could change on a daily basis. Embrace unexpected opportunities. Hindsight will prove it to be invaluable.

14. Don’t let people push you around or set unrealistic expectations in the name of “but we’re a startup”.

15. You can tell a lot about someone by the way they treat restaurant wait staff. It works either way … learn about your potential candidate or your future boss.

16. Develop your own personal brand. The company likely won’t be around forever.

17. Find the smartest people in the company and figure out how to learn from them. Be a sponge for information.

18. Do not live with your co-workers, unless it is your spouse.

19. Be weary of hiring people who wouldn’t actually use the product you’re creating.

20. Don’t let people tell you you can’t do something because of your age, or gender, or because you don’t have enough experience, or any other silly reason. Prove them wrong.

21. If you want to get things done, learn the art of pushback. (more on that in this post)

22. Play together. Get to know each other on a human level. Find ways to see people in their element.

23. Workout and challenge yourself physically. A strong body will give you the strong mind you need to succeed at a startup.

24. Success is not about the outcome of the company. Success is about what you learn along the way.

25. If you’re not having fun, you’re probably not at the right place. Even if you love what you do, doing it in the wrong place can a toxic combination.

Tell me, what lessons have you learned that you wish you could have told your younger self earlier in your career? 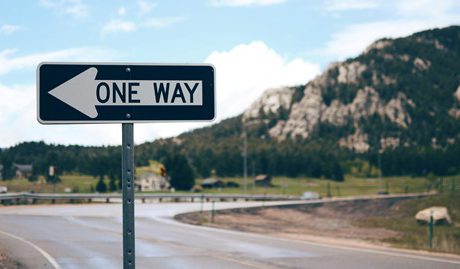 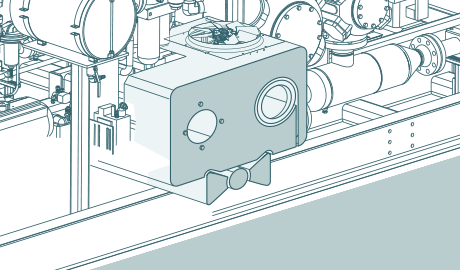 Get Started In User Experience: The Case For Research