Accelerate Failure & Get More Insights In To Your Work - Sarah Doody 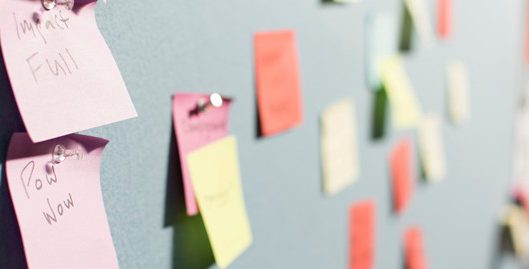 Accelerate failure. It’s a bit opposite from what we’re used to.

Normally, we like to run from failure. We like to do everything we can do to avoid it.

As designers, researchers, product managers, etc. we like to think through everything. We like to take our time, explore our options, and tinker with our ideas.

But what if instead you … accelerated failure?

When you accelerate failure (or you could also say, accelerate learning), you increase the chances to get new insights and iterate. But the problem is that we often try and avoid failure. We move too slow. We rely too much on assumptions. And we don’t take those chances.

I think it’s because many organizations put too much emphasis on success. But we all know that you don’t get to success without a very long, zig-zag road of detours and failures.

Allow yourself to not get it right on the first try. Create a culture of accelerated learning.

We need to get our teams to give permission to fail. So how do you get people to buy into this? You need to get your team to do more research. One of the number one questions I’m asked about research is, “how do I get my boss to buy into user research?” You’re in luck, I answer that question right here in this article.

At any given time, I’m running a ton of experiments. Some of them are huge and took weeks to put together, other things I do in less than a day. For example, here are some things I recently tested:

Sometimes these tests are a bit messy, sometimes things break, but I’d rather test and get the data than continue to operate based on my own assumptions or what other people say works for them. I know that what works for other people may not work for my products .. and the same applies to you!

It doesn’t have to be something huge, you don’t need your developers to re-code an entire part of your website or app. Start small and commit to accelerate learning based on something that you have the power to experiment with.

READ THIS NEXT:
Is Trying To Perfect The Tech Stopping You From Launching Your Product?